thought cranberry juice was more of a yth to be hoenst but will start that straight away.

Feel really guilty when she gets sick but it helps to know its a common issue.
A

totallyconfused said:
thought cranberry juice was more of a yth to be hoenst
Click to expand...

As I understand it, the theoretical 'magic' is that tiny bits of... er, cranberryness make it into the bladder and act as a place where infection can attach and be flushed out, rather than living in the bladder walls. But before I lived with Mum permanently she staggered from one toilet hygiene related UTI to another. I had her on cranberry juice when I I could persuade her to drink it, and a double dose of the concentrated cranberry pills, and as far as I could tell it made no obvious difference. But any port in a storm, eh?

As soon as I became Mum's 24/7 carer and we became bathroom buddies through sheer, miserable necessity, wet wipes and I brought the chain of UTIs to an abrupt stop. She's been free of them for getting on for two years now... it's been a slog for both of us, but no matter how awkward and messy life has been at times, it's been worth it. Because UTIs knock her for six.

My mother has a very compromised immune system though (another casualty of the imported bad blood period, we suspect), so it's possible that any 'minor' help cranberry related products offer was a drop in the ocean for her, because her white cells were always fighting a losing battle. However for a 'normal' person, or perhaps for those who simply have a less wrinkly urethra & bladder (harbouring more bacteria, more easily) the marginal effect of cranberry may be enough to keep them UTI-free more often.

Who knows for sure? I read more cranberry related articles than I care to remember, but I'm not sure anyone has any kind of conclusive evidence. The NHS doesn't seem to prescribe it, despite the cheap price (compared to UTI treatment or long term antibiotics) though we had nurses suggesting it was worth trying. So, given that there don't seem to be any negative side effects, it can't do any harm to try, just don't expect success and you won't be disappointed.

Which is pretty much my motto for everything these days. Maybe cranberry works better for optimists? Actually there's evidence that optimism is better for all kinds of things, especially lifespan and resilience, but I'm quite attached to my half-empty glass. It feels lighter than the half full ones. ;-)
H

Hi I had a recurring UTI for nearly 2 years. Had so many antibiotics. A friend told me abut these tablets. I swear by them. Apparently how they work is D-Mannose is a sugar and the bacteria sticks to it. When you drink the water it flushes the bacteria away.

I went to see a urologist and he agreed with me. This is the best product but there are many on the market. Shame I didn't know about this whilst caring for my mum who had dementia. Hope this is helpful. 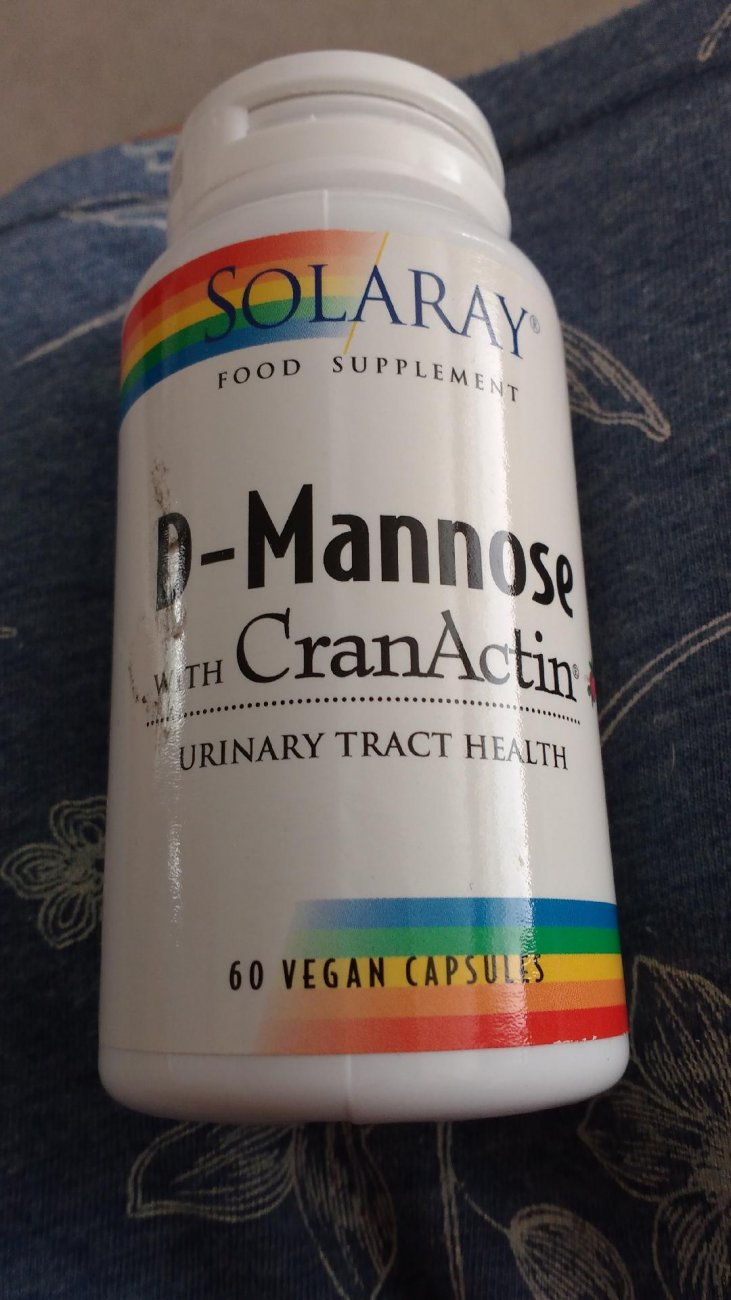 C14 said:
My dad had recurring UTI's until I read somewhere that lack of Vitamin D is a contributing factor, so I asked the care home to see if the doctor would do a blood test. He was extremely low in Vitamin D and they put him on quite a high dose for a week then a maintainance dose. He has not had a UTI since.
Click to expand...

My wife was admitted to hospital with sepsis following UTI - after successful treatment her consultant prescribed Sodium Bicarbonate 500mg capsules, stating that the dosage alkalises her urine and thereby making it hostile to bacteria! Her dosage was set at 1 capsule 3 times daily. Our GP has continued the prescription and thankfully, my wife has been free of UTI 's since. I hope this helps!
S

My wife was admitted to hospital with sepsis following UTI - after successful treatment her consultant prescribed Sodium Bicarbonate 500mg capsules, stating that the dosage alkalises her urine and thereby making it hostile to bacteria! Her dosage was set at 1 capsule 3 times daily. Our GP has continued the prescription and thankfully, my wife has been free of UTI 's since. I hope this helps
You must log in or register to reply here.
Share:
Facebook Twitter Reddit Pinterest Tumblr WhatsApp Email Link
Unanswered Threads