I’m so sorry to read that @jugglingmum . What a shock!

Sorry to hear about your friend - so sad

Such sad news for you @jugglingmum. It must bring it closer to home than even when it happens to someone you know.
J

Thanks all for your support with my last couple of posts. I keep meaning to pop in and update a bit better.

Brief update is I came down with a nasty fluey bug with a raised but not high temp, a sore throat and headaches on 1st April, which has left me completely wiped whilst keeping up with my workload which seems very busy. I didn't cycle for over 3 weeks and have slowly built my riding up in the last 2 weeks starting at 9 miles which compared to a normal 50 plus hilly miles is fairly pathetic. I was very tight chested on my first rides although hadn't noticed any issues whilst ill.

Anyhoo - I'm popping in just now to say that my 17 year old dog sadly passed away today, whilst we took her to the vets as she had had a massive downturn, he said she had heart failure and wouldn't have lasted 12 hours. We have been struggling for over a year with regular wee and poo accidents, and in the last week or so she had leakage as well. OH and I walked her yesterday morning as we weren't sure if she was up to any more walks and I said I wanted to give her one last walk, which she managed.

Needless to say everyone in the house is broken hearted, son in particular, we got her as a rescue when she was 12 months and son was born just over a year later so a massive part of his life.

I feel a bit surrounded by death, my neighbour has been given 2 to 3 weeks, she has terminal bowel cancer, and 3 colleagues have lost their fathers (one who was immobile to covid, one to old age, and one aged 62 to bowel cancer) since I last posted.

On the plus side son's veg patch is coming on well, and we should get a lot of potatos

So sorry that you have lost your dog but she did reach a ripe old age and as a rescue you gave her the chance of a wonderful life with your family.

I’m so sorry about your pooch , I cried for weeks after losing our dog , felt completely heartbroken, it is so painful ,sending a big hug . It seems to go in cycles of loss .

good to hear the veg patch is doing well . I think someone should start up a veg growing thread so we can post pictures . Take care .
J

Woo2 said:
I cried for weeks after losing our dog
Click to expand...

My eyes hurt from crying, hoping a better day tomorrow, I cried myself to sleep last night as she had had a big dip just before we went to bed.
J 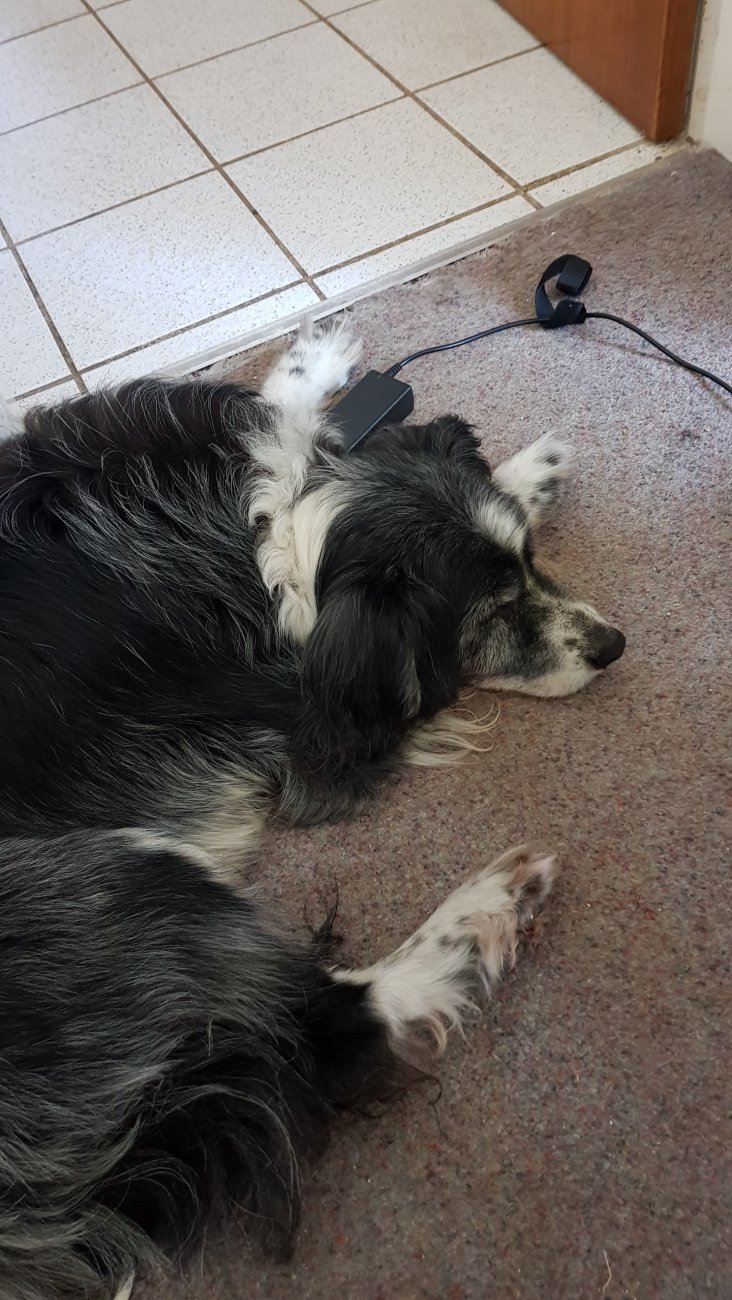 Enjoying lock down at my feet as I worked

Aww what a gorgeous girl , beautiful colour . I think you might be a little optimistic to feel better tom but we are all different . They are a huge part of our family and life , it’s devastating when they leave us . X

Sorry to hear about your dog @jugglingmum. That is a big loss after seventeen years, and a big hole in your life. It sounds like you did have Covid19, I wonder when they'll work out how many cases there really were? I hope you feel properly on the mend soon, and I hope you are not trying to work too hard while you recover.
Enjoy getting your bike fitness up again. My husband is a keen cyclist and has been dividing his time between working from home and cycling in. He works in television and sometimes he needs the equipment at work rather than here, even though our spare room looks like an edit suite at present. We've managed to keep out of each other's hair, though I wish we had an extra spare room so I could keep my knitting and art projects and jigsaws out rather than having to put them away after I've worked on them as I'm using the lounge and dining rooms for my stuff.
Hope your mother is OK at present. Mine was fine last I heard, despite there being Covid19 in the home.

I`m sorry to hear of all your losses @jugglingmum and the fact your family seem to have been affected by Covid-19. It`s a lot to happen in one go and I do hope you are giving yourself some rest and relaxation

I’m sorry you’re having such a tough time @jugglingmum . It’s heartbreaking to lose a furry member of the family.
J

Something always seems to be happening in this house.

Son stood on a large (4.5 inch long) needle last night on the way to bed. It was on a chest off drawers in his room and he didn't tell us as he didn't want to get told off. It was still bleeding this morning, and he couldn't weight bare on that foot. Once dressing removed (yes he did this himself as well) and cleaned - no he didn't clean it - there was a 1 inch diameter red patch that looked like infection - so off to A & E.

He was given anitbiotics so hopefully this will sort it out. He has continued with school work for a bit and then gone to bed - but as he is year 10 and has GCSEs next summer he would have to catch up if he wasn't in school.

The A & E staff said they are getting the normal level of genuine patients but none of the people who shouldn't really be in A & E so it is very quiet - would be good if people learnt not to bother A & E if they didn't need to.
J

Sarasa said:
keep my knitting and art projects and jigsaws out
Click to expand...

I'd hoped to find time to do jigsaws - but with lots of work, helping with school work and not being well no chance.

I have slowly built cycling distance up - so first ride was 9 miles and 2 weeks later 30 miles on Friday and 35 yesterday. Nowhere near as far as normal yet though.

So sorry to hear about your dog. She looked gorgeous. Glad to hear you are feeling better and back out on the bike even if you not doing your normal (crazy) mileage. I hope that you son makes a speedy recovery too. Interesting what you were saying about A & E - it would be good if people used it for the purpose it was designed for

Hope your son is feeling better soon @jugglingmum and glad visit to A&E wasn't too stressful. Also glad your building up your cycling. My husband is enjoying his commute into work by bike. He's working half there and half at home and it seems to be working well. I've noticed loads more people out on them, which is a good thing. I used to be a keen cyclist back in the day, but after I went head over heels over my handlebars on an icy hill I've not been so keen!
J

So more sad news, my neighbour died today, she was taken to hospital on 21 April, and moved to a hospice just over a week ago. The hospice relaxed the rules last Monday and her husband was able to visit every day, he'd been told she might go any time on Friday - but finally went this afternoon.

I lose track of when she got ill, she was diagnosed with cancer whilst we were on holiday last August. I think she has been really poorly since Feb time. Her son came over from the US in Aug /early Sept time - so glad he did now with lockdown.

We've lived in this house 25 years next month, our houses were built 10 or so years before that. Our first get together with our neighbours was next doors 25th wedding anniversary, and we've had them over to all our big parties 30ths, 40ths, 50ths dau's 18th our wedding etc.

I've been really sad on and off for days, and I will really miss her.

So sorry about your sad news, you have not had a good time lately, I hope things improve for you. Sending a hug.

Good neighbours and being a good neighbour is so important - sorry to hear the sad news but glad that her husband was able to visit during the last week. Sending you a hug or two
You must log in or register to reply here.
Share:
Facebook Twitter Reddit Pinterest Tumblr WhatsApp Email Link
Unanswered Threads