My mum has Allzheimer disease and is in total denial about her situation. Her memory is very poor so I assume she maythink something is wrong but she gets very stressed if the subject is brought up. We tend to tip toe around and just answer the repeated questions.
The Question..... Both my mum's partner and I think she is depressed (even before Alzheimers she didn't like doctors and has really been), if questioned she says that she is fine. The GP said that if she doesnt want to take medication then she doesn't have too as she is aware enough to answer some basic questions (they are almost saying she is of sound mind). I find this puzzling as she doesnt (I believe) know what is best for her and her mental health is becoming worse, when can we insist, can we insist? Your experience welcome. Thank you.

@dreadped Does anyone have Power of Attorney for health & welfare? If yes, and it's registered, I think it may be possible for you to put some pressure on the doctor. I am not certain, as I am in Canada so don't know your system. I know that when memantine had just come out and was only conditionally approved in Canada, I had to do a lot of very polite pushing and nagging to get my mother on it.

Quite often, AD patients are put on antidepressants as depression is often a concurrent condition, so it's surprising that she hasn't been prescribed these. What medications is she on, if any?

We could never use the A word around my mother so I would say "Your memory isn't what it used to be" which she more or less accepted.

Do remember that your mother is probably quite frightened and scared. Deep down she knows something is wrong but saying so might make it real, if you see what I mean.

I can’t properly answer your question so will leave it to someone who can.

Have you seen this link? It is so useful

Have you arranged the power of attorney’s yet ? If not I would recommend doing so.

We have a Pivotell dispenser with tipper for medication .
I like it because it’s not a person nagging, it’s an inanimate object !
which can work well?
I think some people can get them from social services? 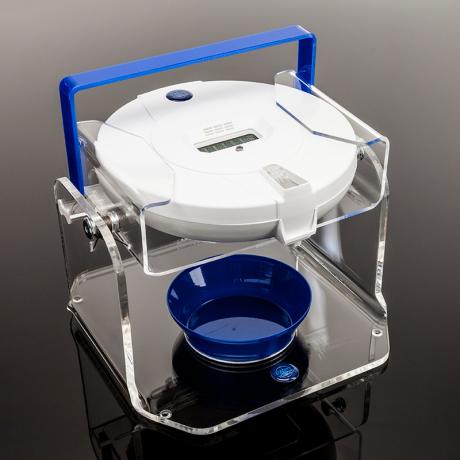 A tipper can be supplied for those with insufficient strength or limited dexterity to lift and dispense their medication. Pill dispensers sold separately.