As always its yummy.. 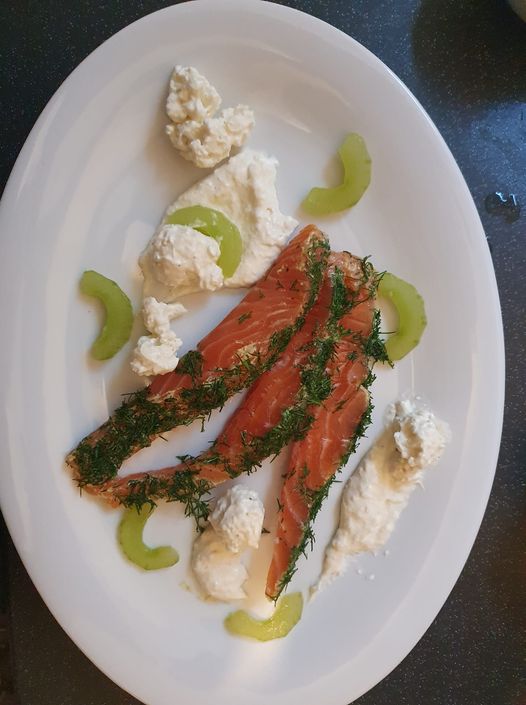 Well finally I have started to clear the boxes after 6 months. Its not been an easy transition and with all that has happened letting go has been harder than I expected.

Today I wrote a reply to RFR and I want to share what i wrote in that reply, because its how I feel currently:


We have all been cheated twice, once by his dreadful disease and secondly by care homes becoming detention style centres robbing us of the time left before the disease takes its final toll -its just horrific given I promised mum I would not leave her alone whatever happened. That trust has been broken, but not by me and the damage this has done will stay with me for the rest of my life.​
​
Having sold the family home, I moved to a small terraced cottage and since moving I have not been able to sort out all the boxes of stuff, most of which is mums. Its taken me 6 months to finally sort the house out having sat amongst boxes of sentimental items for months with no living space -because I couldn’t bring myself to deal with it all and on top of that story we have this ongoing idiocrasy which just rubs salt into already sore wounds.​
L

I could not agree more @Palerider . The manager at my partner's care home never responds to my emails or requests for him to phone me back, now for the third day in a row the care home number is going straight on to voice message. In the (diabolical) circumstances, common sense dictates that ease of communication with family members should be a top priority.

. Not so sure about the upstairs spare room though . I can finally move in my little lounge and enjoy the new coffee table -allelulia

That’s good news. I feel so much better when I’m living without a lot of clutter. A room where you can hide things you are not sure what to do with is a good idea though.

I have a confession -I managed to squeeze most of the boxes into a small cupboard I have in my bedroom and close the door -out of sight, out of mind . So many memories thoughts and feelings in those boxes, it wasn't good to be constantly reminded of the journey we have taken. One day in the future I will sort through them one by one and finally let go.

An achievement @Palerider.
It can be so difficult with sentimental items.
D

I found baby cards for my brother when I was sorting through my dads bungalow. There weren't any of my baby cards but I have a vague memory of playing with them when I was a child so I may have destroyed them myself. My grown up son who still lives with us had a birthday recently and asked me where he should put his birthday cards. I told him 'in the bin'

Good news that you have a place to relax in especially with the bonus of the coffee table. Boxes in a cupboard can remain hidden until the time is right
Well Done

Melles Belles said:
An achievement @Palerider.
It can be so difficult with sentimental items.
Click to expand...

Yes difficult when the poeple they are connected to can't be here. As much as I can hear my mum telling me not to worry I seem to get stuck on this one.

Duggies-girl said:
I found baby cards for my brother when I was sorting through my dads bungalow. There weren't any of my baby cards but I have a vague memory of playing with them when I was a child so I may have destroyed them myself. My grown up son who still lives with us had a birthday recently and asked me where he should put his birthday cards. I told him 'in the bin'
Click to expand...

Yeh I think thats good advice on throwing them out. Lol my gran would have certainly said to bin them after use -I think she found it hard as her husband (mums dad and of course my grandad) died quite young, so the remaining years were left with just photos and cards etc, which I think she wished she hadn't kept in the end -how her memories and feelings affected her was quite poigniant in later life.

Bikerbeth said:
Good news that you have a place to relax in especially with the bonus of the coffee table. Boxes in a cupboard can remain hidden until the time is right
Well Done
Click to expand...

yes the coffee table is now easy to see -yes it was that bad. Its also quite liberating having just space, I feel much better now

Sarasa said:
That’s good news. I feel so much better when I’m living without a lot of clutter. A room where you can hide things you are not sure what to do with is a good idea though.
Click to expand...

Yeh I had forgot about the cupboard, it holds a lot of boxes so deceptively small looking and out of the way in the corner

Well anyway I just thought I'd mention that i got a phone call from the care home, my next visit is booked for next week and they are allowing me finally to visit mum in her room. This is a huge step having not been able to check on her properly for over a year. Visiting still isn't being followed as per the guidance, but its another move in the right direction -after some prompting that is

Brilliant news that you are getting to see your Mum in her room even if it is not yet as per government guidance.
J

Today I was thinking how I used to keep a written journal, which is always useful in making sense of the world we encounter day to day. Over the last few years TP has become my only journal.

Life has had been harder than I thought it could be once a parent died and the other needed help and support. I know not everyone has great relationships with their parents, but as things panned out the parent I got on with and who's companionship I enjoyed survived. That isn't to say I didn't love my dad, but he was not an easy man to deal with in later life, full of regret, whereas my mum had an entirely different outlook -she was always thankful for what she had, rather than what she didn't have.

When I moved back home it was after dad's first encounter with cancer and at that stage mum was changing, very subtle things but as I later found out she had been formally diagnosed with Alzheimer's. She never accepted it, at a time when she still could comprehend cognitively a diagnosis, to her it was never going to change a thing. She kept it secret only discussing her memory exercises and difficulties with me, and when we went out no one one have known mum had dementia in the early days.

In 2015, one night while I was at work, unknown to me dad drove himself unwell 15 miles to the hospital, leaving mum at home, he never returned home and suddenly I had a funeral to arrange, three weeks after dad was admitted to hospital. He was unlucky on the cancer front, having battled melanoma into remission he subsequently died from a new primary that had spread so quickly by the time it was diagnosed it was too late. This same pattern later followed my sister recently, passing away from a second cancer so aggressive nothing could be done. It horrified me that my sister who helped mum and me should pass and yet my brother who has been nothing but selfish and difficult should survive -how can this be? But here we are just the two of us left, my mum and me.

I read so much the dilemma people have in making the decision about placing someone we love into a care home, and it is difficult. I look back now and I am glad I helped mum to stay at home for as long as possible given all that I have experienced in the last years. It is tempting to define a person by their illness, but in doing so we dehumanise being human. There are financial worries, in my own struggle I was met with a hidden problem of an equity release to boot, just when I thought it would all become easier. I also gave up my own life to care for my mum, and yes I would do it again for someone who means so much to me personally, but I also recognise some people can't for whatever reason. In the end I can only say this, we can only do our best, whatever that may be always remembering we are battling a disease not a person, but this disease makes it so much more harder than any other, because when it matters most they can no longer assist.
You must log in or register to reply here.
Share:
Facebook Twitter Reddit Pinterest Tumblr WhatsApp Email Share Link
Unanswered Threads