My Father has dementia.

My father is 86, lives alone and has dementia. We alerted his physician approximately 9 months ago about our concerns, I have 4 other siblings. His doctor did a mini mental evaluation and I was told that he was diagnosed with forgetfulness possibly early stages of dementia. He had recently lost his long time girlfriend and we thought he was simply depressed. He has continued to decline over the past 4 months. He stopped showering and providing basic self care, shaving and wearing clean cloths. He is non compliant with his medication and not cooking for himself. He is not eating. He has lost significant weight, stopped paying bills, forgetting doctors appointments, unable to determine time of day or day of the week. He still is calling his deceased girlfriends number daily, several times daily and has to be reminded she passed almost a year ago. He believes she has another boyfriend. He will sit and stare at the tv/ VCR, frozen screen because he can’t figure out he needs to hit play. His mail has piled up, insurance has lapsed due to non payment. He thinks someone occasionally lives at his home and states he wakes them in the morning occasionally. He has spoiled and expired food in his refrigerator, eggs that expired 3 months ago but will not let us throw it out. He becomes paranoid and somewhat nasty when we try to help often snapping and becoming sarcastic and hurtful. I am a nurse and I live the closest to him so I am most often involved. I have repeatedly called his Dr’s office and explained my concerns but seem to be getting nowhere. I have asked for a dementia diagnosis so that we can help in decision making for him. He missed his most recent appt and will not answer the phone to reschedule. He still drives. I am his health care surrogate and my brother is power of attorney upon my fathers inability to make sound decisions for himself. We currently are building an efficiency apartment at our home for him , he does not know. Please tell me what I can do to help my father. How we can approach him. How we can legally help him with his personal affairs. Thank you.

Hello, Saylyr2b Welcome to Dementia Talking Point I hope you will find it helpful and supportive.

If nine months has passed since your father was last seen by his doctor there may have been a significant deterioration in his condition and the test results may have changed.

If your father`s doctor is unsympathetic, I would make a diary of all your concerns, take it to them and tell them you will not be held accountable for the fact your father is still driving when he has so many lapses in judgement and is regularly confused.

Considering the time you posted you may not be in the UK but I hope there will be something in this factsheet which may help.

What happens during an assessment for dementia?

This page tells you about the typical steps involved in an assessment for dementia.

Hello @Saylyr2b . From what you say, your father certainly sounds very depressed. Is he on any medication for that? It's very difficult to help someone who doesn't really want help. I am wondering if someone from outside the family might have more luck in helping your dad take his medication, doing a bit around the house and perhaps taking him to appointments. Could you arrange any outside support for him which he might accept? You may have to disguise that help in some way.

The doctor doesn't sound very helpful. I notice that you are a nurse. Perhaps there is someone through your work who could give or help you access some support? 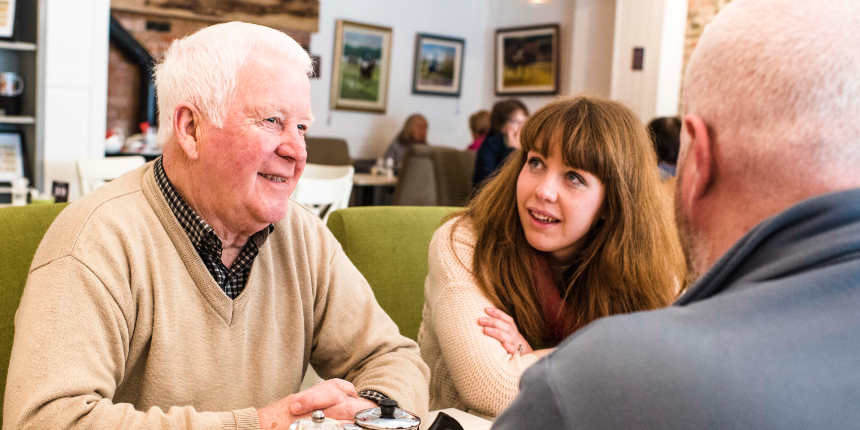 Do you know a person with dementia or memory problems who is refusing offers of help? Here are a few ways to support someone who may be in denial about their situation.

www.alzheimers.org.uk
You must log in or register to reply here.

Welcome and how to use Dementia Talking Point Jan 17, 2017
Shedrech

K
My brother passed away unexpectedly and my father has dementia

S
My ex boyfriend's father has Alzheimer's how can I help?

Welcome and how to use Dementia Talking Point Feb 5, 2020
Shedrech

Welcome and how to use Dementia Talking Point Apr 29, 2014
Zoho38
Z
I
Grandpa has dementia

Welcome and how to use Dementia Talking Point Oct 22, 2018
karaokePete