It's a Grim Picture! 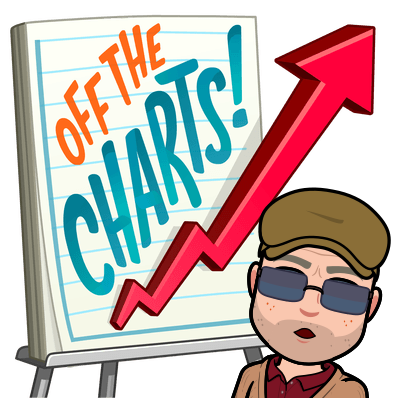 March 8, 2012 — One in seven people with Alzheimer’s disease lives alone.

This is one of the more stark findings from the 2012 Alzheimer’s Disease Facts and Figures, an annual report released by the Alzheimer’s Association.

I could not find any later report from the Alzheimer’s Association on the facts and figures.

The new report also looks at the costs of caring for people with Alzheimer’s and other types of dementia. In 2012, this cost will reach $200 billion.

According to the report, about 800,000 people with Alzheimer’s live alone, and as many as 50% of them don’t have an appointed caregiver.

This can happen for many reasons. “People become isolated, lose a spouse, or may choose to live alone in later life,” says William Thies, PhD. He is the chief medical and scientific officer for the Alzheimer’s Association.
Click to expand...

Firstly… this is no longer a, New Report. It is eight years old and we can say with certainty that the figures have increased!

I have found figures from a report by the, London School of Economics and Political Science.

Let me clarify some points here… this report looks at people with dementia between the ages of 65 and over, in increments; 65-74, 75-84, 85+ You will not be surprised that as we get older, the rates of dementia increases.

It does not specify what is meant by Mild and Moderate, but it does use community care and care home services in its modelling, so I assume this must relate to those suffering with the severe forms of dementia.

If we look at 2020, the report says that 128,400 people will have mild symptoms of dementia and that is in the UK. How many would this equate too worldwide?

What happens to these people with mild dementia?


There is a massive and major mismatch between, the care, treatment and support given to mild and moderate sufferers of dementia and those that have severe dementia. It is predominantly towards support for those with Severe Dementia, because direct care is need for this group to survive.

For the Mild and Moderate group of dementia sufferers, there isn’t anything available to help. There is no medical treatment. This group is mainly coping to live alone. They may need some support and care, which comes from family and loved ones, but many will be coping totally alone.

If support was given, then maybe many symptoms of dementia could be slowed, stopped, or even reversed. What I have learned since my diagnosis, is that research seems to suggest this is true.


What a massive financial saving could be made, but more importantly, what a incredible difference to peoples’ lives. No longer this assumption that dementia is a one way ticket to a very lonely and frightening road to death, but something that can be treated and recovered from. I think the figures show, there are enough people suffering mild and moderate symptoms of dementia, that it has to be given a chance!

I am trying to reach out to others like me that are in that group that has hope.

I want to know how many of us there are out there and how many would like the chance to share ideas, thoughts, findings, suggestions and help build a support for those that have mild and moderate symptoms now, plus for those that will someday, the figures show, will be seeing the signs.

How do I start a campaign, how do I promote this idea, who can help?