Iv only just joined this forum. My mum was diagnosed with the early stages of vascular dementia around 2 years ago and I feel like I’m still coming to terms with and trying to accept this. Is anyone else going through the same thing?
Although it’s still early stages, the thought of how things might be in a couple more years really scares me, does anyone have any tips for coping with the diagnosis yourself? I have only talked to mum directly about the diagnosis about 2 or 3 times since it happened and she is aware of her diagnosis but doesn’t think her memory is as bad as it actually is. I am also worried that she is almost suffering in silence because she can’t face it either.

Hullo and welcome @Bex123. It's been a few years, but I remember that initial feeling of not quite knowing what is happening. At least you have found the support here a bit sooner that I did for what that is worth. The other place I found help was the carers support centre who ran a couple of course on dealing with the caring role and understanding the diagnosis. It also served to find out about local services and introduced me to a carers support group.
Sorry, I'm trying to suggest getting as much support online and in person as you can as the first stage. If it is not overwhelming you with too much information then try these links and hopefully something will be of use to you. 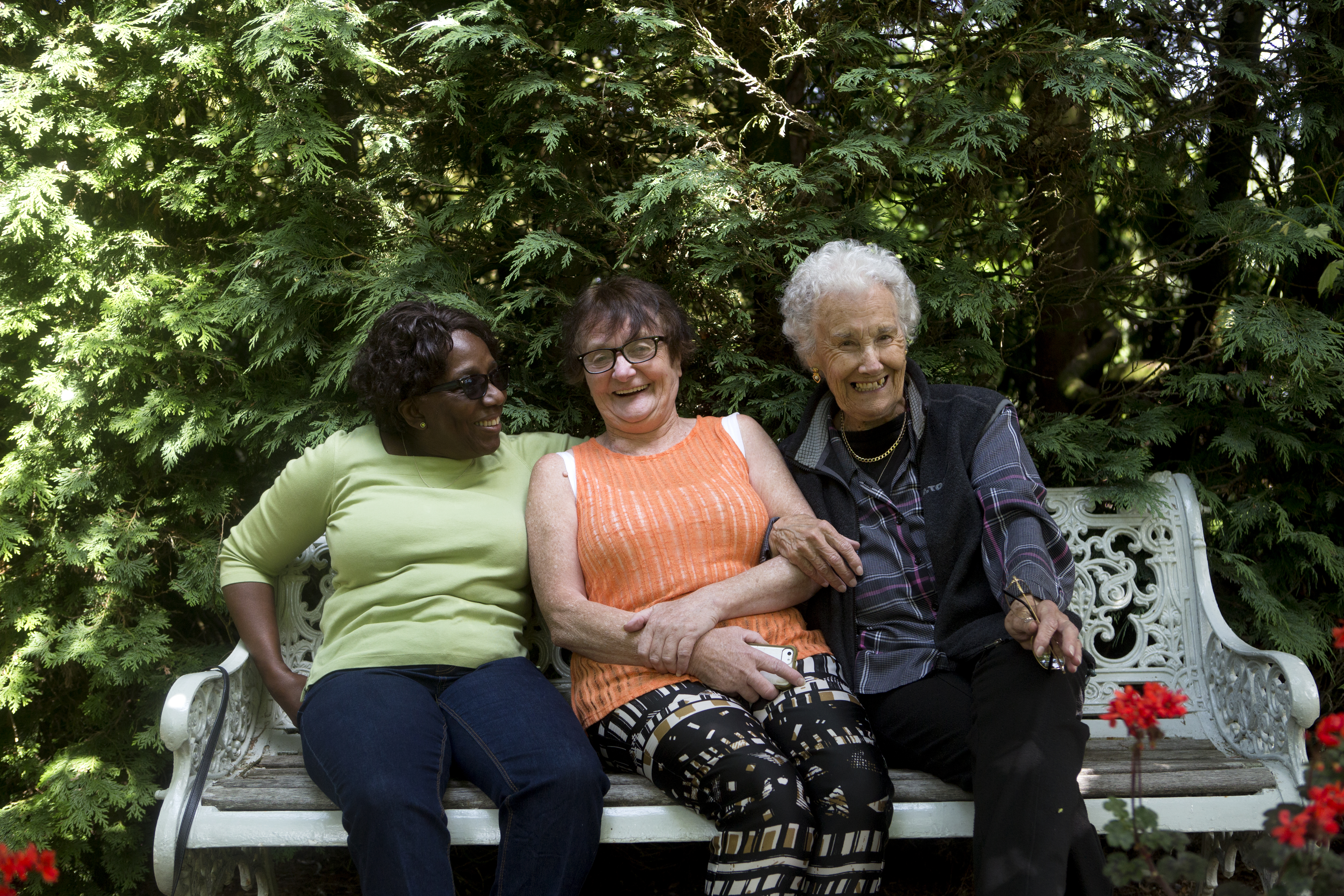 Carers Trust is a major charity for, with and about carers.

Treatment and support for vascular dementia

There is currently no cure for vascular dementia. However, a range of treatments and support are available to help someone with a diagnosis to live well with the condition.

Find support near you

Use our dementia directory to find local support services for people with dementia and their carers in England, Wales and Northern Ireland.

www.alzheimers.org.uk
Denial is quite common from my reading of these forums and my partner is scared of the very word dementia, so maybe giving your mum time to let it sink in or just trying to support her without talking about it may help you both.
Keep reading and posting, and good luck
J

my husband has vascular dementia and has had it 2 yrs, diagnosed last year. he knows he has it but also i think its better to not labour the point. he cant do anything about it so there doesnt seem a point to bring it up. i wait him to say something. take each day as it comes, everyone is different and have different journeys. treasure every moment and leave the future where it is, no-one knows what that will look like or be. live in the present and dont think too far ahead

Bex123 said:
Hi everyone,
I have only talked to mum directly about the diagnosis about 2 or 3 times since it happened and she is aware of her diagnosis but doesn’t think her memory is as bad as it actually is. I am also worried that she is almost suffering in silence because she can’t face it either.
Click to expand...

I agree it might be better not to talk to your mother about the diagnosis. There is a possibility she is unable to process its true significance.

Of course, if she asks you can tell her the most simple truth you can.

My husband asked me what was wrong with him a year or so after his diagnosis. I told him he had Alzheimer`s and I know he didn`t fully understand the significance because he started to plan how he could improve his health.

I went along with this.

Welcome from me too @Bex123

I remember my dad’s diagnosis and the worry about how we’d cope. I remember telling him not to worry as we’d cope with everything as it came along - and we did although it was very difficult at times! I knew (or thought I did) what to expect but not everything I dreaded happened. I’ve helped look after 3 people with dementia and they’ve all been different so you won’t know what’s going to happen in future.

I’m a natural worrier but managed to avoid thinking too far ahead, dealing with everything dad to day worked best for me.

One thing I would suggest to make things easier in the future is to get LPAs set up as soon as possible, if you haven’t already done so, so you can help your mum with finances etc when she needs it.

Hi @bex, and welcome to Dementia Talking Point.
I'm a naturally planner so when I realised mum was having cognitive difficulties I want to get everything sorted and plans in place. Trouble is dementia, and mum had vascular dementia too, doesn't progress in the same way for every person, it certainly hasn't for my mother and my mother in law who are both now in the later stages of the disease.
I'm not sure how long mum had had dementia before I realised that her behaviour wasn't just down to her personality and her getting older, probably it was about eight years. During that time we did organise Lasting Power of Attorney which proved to be invaluable as mum's symptoms became more obvious. It was only about three to four years ago that things became really difficult. Mum has always been unable to see that all the things she thought other people were doing and the muddles she was getting into were due to her own decline, and trying to get mum to see that only upset her and made her think I was being unkind. She also refused to engage with the Memory Clinic. This thread Compassionate Communication with the Memory Impaired might give you some ideas about how you can talk to your mother about things. Don't beat yourself up if it doesn't always work, I found it very tricky at times
I also tried to get more help in for mum. I thought if I could persuade her to have some help at home with housework and shopping it would be easier when she started to need personal care. She wouldn't agree and in the end I started to look at care homes. At first mum seemed a long way off needing to move to one, but then she started to become a danger to herself and to others and I needed to move her quite quickly to one of the homes I'd visited earlier.
Keep posting, you'll always get lots of help and advice here.
D

I wouldn't talk about the dementia too often as it will probably only worry your mum. Dad denied that he even had it and said the doctors didn't know what they were talking about so I never mentioned it again. A slight memory problem was acceptable because everyone has that when they are older and the memory pills were okay too but never dementia.

Your mum may deny it too after a while as it is very common. I soon learnt not to argue, not too insist on anything unless it was important and that it didn't matter if dad was behind with his housework. Not to worry if dad didn't have the healthiest diet as long as he was eating something, that was okay. Try not to make things harder for yourself than they need to be.
T

I have many touchstones with the stages and byways of dementia.
1. My family wears out very slowly...often we begin to forget what we used to remember with ease...and we live on ,
2. I was promary caretaker for my Dad who died at 94 after 15 years of memory loss
Please feel free to say hello and tell me about you
Last edited by a moderator: Apr 16, 2021

And don’t forget that with vascular dementia, the progress is in fits and starts, each start coinciding with a small stroke or TIA ( transient ischaemic attack or mini stroke). So you might have no more effects for months or several problems quite quickly.
My late husband had both vascular dementia and Alzheimers two of the most common types of dementia.
J

it goes in steps down and no treatment for it to calm it down. it is generally shorter lived as well

Your family sounds a bit like mine. I had 4 family members who succumbed to the slow decline of dementia. I'm hoping for no more!
B

TDP said:
I have many touchstones with the stages and byways of dementia.
1. My family wears out very slowly...often we begin to forget what we used to remember with ease...and we live on ,
2. I was promary caretaker for my Dad who died at 94 after 15 years of memory loss
Please feel free to say hello and tell me about you
Click to expand...

Hi, thanks for the reply, sorry to hear about your Dad, my Mum is just about to turn 70 but I’m almost 28 so its quite hard to find people my age who can relate to what I’m experiencing. I don’t know about you but dementia almost seems to be a silenced illness with a lot of stigma so I find it’s a lot harder to talk about but it definitely should not be that way
You must log in or register to reply here.
Share:
Facebook Twitter Reddit Pinterest Tumblr WhatsApp Email Share Link
Unanswered Threads